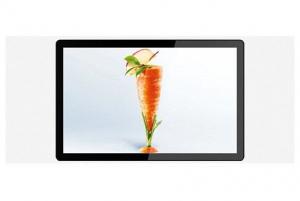 MOQ : According to the product 1 set.

Since the full-color display screen is composed of tens of thousands or even hundreds of thousands of pixels composed of red, green and blue leds, the failure of any color LED will affect the overall visual effect of the display screen. Generally speaking, according to industry experience, the failure rate of LED display should be no more than 3/10000 before the LED display starts to be assembled and aging 72 hours before shipment (refers to the failure caused by LED components themselves).

LED is a semiconductor device, which is sensitive to static electricity and easy to cause static electricity failure. Therefore, the anti-static ability is very important for the life of the display screen. Generally speaking, the failure voltage of LED body electrostatic mode test should not be lower than 2000V.

Red, green and blue leds have the characteristics of brightness attenuation with the increase of working time. The quality of LED chip, the quality of auxiliary materials and the level of packaging technology determine the attenuation rate of LED Fashionable Touch Monitor. Generally speaking, the attenuation of red LED should be less than 10%, and that of blue and green LED should be less than 15% after lighting test at room temperature of 20 ma for 1000 hours. The consistency of attenuation of red, green and blue has a great influence on the white balance of full-color LED display screen in the future, which further affects the display fidelity of the display screen.

LED brightness is an important determinant of display brightness. The higher the LED brightness, the larger the allowance of using current, which is good for saving power consumption and keeping the LED stable. Leds have different Angle values. When the chip brightness is set, the smaller the Angle, the brighter the LED, but the smaller the viewing Angle of the display. Generally, 100 degree LED should be selected to ensure sufficient viewing Angle of the display screen. For screens with different distances and different line-of-sight, there should be a balance between brightness, Angle and price.

Guangzhou Darui Electronic Technology Co., Ltd. is a China manufacturer of Digital Signage, Touch Monitor, Computer Monitor, OLED TVS, Magic Mirror and OLED signage. We have a high-tech work shop. We have a complete quality management system. Choose us, you can be get most careful and thoughtful service!

Thank you! Your message has been sent to the following suppliers.